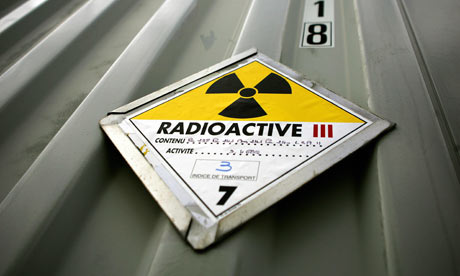 This article by George Monbiot is potentially, very significant.  Is it a turning point in the Green movement’s evolution of thinking?

The Green movement is very valuable and important part of our modern society.  It is a counter-balance to our consumerist, capitalist pursuit of profit.  However, ever since the co-founding father of Greenpeace, Dr. Patrick Moore, had his organisation hijacked from him by extremists.  The extremists have ruled the roost.  The forces of moderation have largely been drowned out by wonderfully idealistic dreams of a back-to-nature utopia.  Sadly, for a large part, they are just pipe dreams.  Somebody has to pay for this utopia, it can’t exist on dreams alone and that, currently at least, has to come from capitalistic production.

Thus, it is refreshing to hear Green views that are moderated by a sense of reality.  Bjorn Lomborg, writer of “the skeptical environmentalist”, has provided this breath of fresh air to the Global Warming debate, among many others.  Now George Monbiot brings it to us with regards to the all important foundation of modern civilisation and prosperity: cheap, universally available, energy production.

Consequently, I thought it worth re-printing a recent article by “Green King” George Monbiot.  Check his U.K. Guardian newspaper blog to hear more on his environmentalist views.   So, Monbiot comes under the “moderate”, Green banner.  Though he could be described as right out there Leftie, a Greenie, Global Warming alarmist, he is a thinker and thus, in my view, worth heading.  The blinkers, that often come with this stance, are down with Monbiot and reason is still, from what I gather, his modus operandus.

He is more reasonable than most ideologues, and realises that the only baseload, alternative to coal (and treating gas as only marginally better than coal in terms of CO2 emissions) at this time is nuclear energy.  Far from being an indicator of how dangerous nuclear plants can be, Fukushima has actually demonstrated just how robust they have become, even when stressed well beyond their design capabilities.  This is important for enlightened, global warmers like Monbiot, as they realise they will lose their (already losing) battle to reduce coal if nuclear ceases to be a viable intermediate alternative. 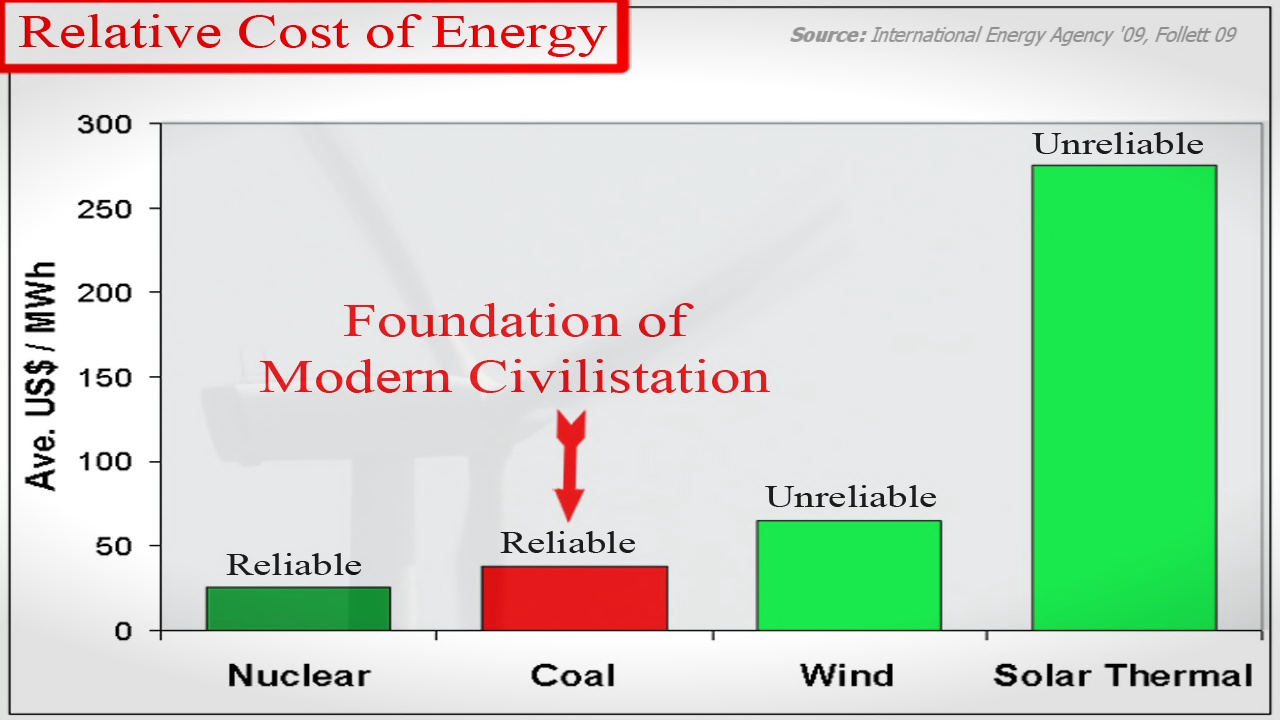 Monbiot’s politics are fairly extreme, but he is still trying to conceptualise the Green energy paradigm and does have the courage to say what he believes; even if it runs counter to his followers instincts.  One day of course he will be too honest and get shunned by the left.  I’m thinking that day isn’t too far away at all.

That day may even be today – he has created quite a stir with the “moderate” views expressed in the article below and has had to respond to his critics already (see here).

Why Fukushima made me stop worrying and love nuclear power

A crappy old plant with inadequate safety features was hit by a monster earthquake and a vast tsunami. The electricity supply failed, knocking out the cooling system. The reactors began to explode and melt down. The disaster exposed a familiar legacy of poor design and corner-cutting. Yet, as far as we know, no one has yet received a lethal dose of radiation.

Some greens have wildly exaggerated the dangers of radioactive pollution. For a clearer view, look at the graphic published by xkcd.com. It shows that the average total dose from the Three Mile Island disaster for someone living within 10 miles of the plant was one 625th of the maximum yearly amount permitted for US radiation workers. This, in turn, is half of the lowest one-year dose clearly linked to an increased cancer risk, which, in its turn, is one 80th of an invariably fatal exposure. I’m not proposing complacency here. I am proposing perspective.

If other forms of energy production caused no damage, these impacts would weigh more heavily. But energy is like medicine: if there are no side-effects, the chances are that it doesn’t work.

Like most greens, I favour a major expansion of renewables. I can also sympathise with the complaints of their opponents. It’s not just the onshore windfarms that bother people, but also the new grid connections (pylons and power lines). As the proportion of renewable electricity on the grid rises, more pumped storage will be needed to keep the lights on. That means reservoirs on mountains: they aren’t popular, either.

The impacts and costs of renewables rise with the proportion of power they supply, as the need for storage and redundancy increases. It may well be the case (I have yet to see a comparative study) that up to a certain grid penetration — 50% or 70%, perhaps? — renewables have smaller carbon impacts than nuclear, while beyond that point, nuclear has smaller impacts than renewables.

Like others, I have called for renewable power to be used both to replace the electricity produced by fossil fuel and to expand the total supply, displacing the oil used for transport and the gas used for heating fuel. Are we also to demand that it replaces current nuclear capacity? The more work we expect renewables to do, the greater the impact on the landscape will be, and the tougher the task of public persuasion.

Nuclear safer than coal
But expanding the grid to connect people and industry to rich, distant sources of ambient energy is also rejected by most of the greens who complained about the blog post I wrote last week in which I argued that nuclear remains safer than coal. What they want, they tell me, is something quite different: we should power down and produce our energy locally. Some have even called for the abandonment of the grid. Their bucolic vision sounds lovely, until you read the small print.

At high latitudes like ours, most small-scale ambient power production is a dead loss. Generating solar power in the UK involves a spectacular waste of scarce resources. It’s hopelessly inefficient and poorly matched to the pattern of demand. Wind power in populated areas is largely worthless. This is partly because we have built our settlements in sheltered places; partly because turbulence caused by the buildings interferes with the airflow and chews up the mechanism. Micro-hydropower might work for a farmhouse in Wales, but it’s not much use in Birmingham.

And how do we drive our textile mills, brick kilns, blast furnaces and electric railways — not to mention advanced industrial processes? Rooftop solar panels? The moment you consider the demands of the whole economy is the moment at which you fall out of love with local energy production. A national (or, better still, international) grid is the essential prerequisite for a largely renewable energy supply.

Some greens go even further: why waste renewable resources by turning them into electricity? Why not use them to provide energy directly? To answer this question, look at what happened in Britain before the industrial revolution.

The damming and weiring of British rivers for watermills was small-scale, renewable, picturesque and devastating. By blocking the rivers and silting up the spawning beds, they helped bring to an end the gigantic runs of migratory fish that were once among our great natural spectacles and which fed much of Britain — wiping out sturgeon, lampreys and shad, as well as most sea trout and salmon.

Traction was intimately linked with starvation. The more land that was set aside for feeding draft animals for industry and transport, the less was available for feeding humans. It was the 17th-century equivalent of today’s biofuels crisis. The same applied to heating fuel. As EA Wrigley points out in his book Energy and the English Industrial Revolution, the 11m tonnes of coal mined in England in 1800 produced as much energy as 4,45-million hectares of woodland (one third of the land surface) would have generated.

Before coal became widely available, wood was used not just for heating homes but also for industrial processes: if half the land surface of Britain had been covered with woodland, Wrigley shows, we could have made 1,25-million tonnes of bar iron a year (a fraction of current consumption) and nothing else. Even with a much lower population than today’s, manufactured goods in the land-based economy were the preserve of the elite. Deep green energy production — decentralised, based on the products of the land — is far more damaging to humanity than nuclear meltdown.

But the energy source to which most economies will revert if they shut down their nuclear plants is not wood, water, wind or sun, but fossil fuel. On every measure (climate change, mining impact, local pollution, industrial injury and death, even radioactive discharges) coal is 100 times worse than nuclear power. Thanks to the expansion of shale gas production, the impacts of natural gas are catching up fast.

Yes, I still loathe the liars who run the nuclear industry. Yes, I would prefer to see the entire sector shut down, if there were harmless alternatives. But there are no ideal solutions. Every energy technology carries a cost; so does the absence of energy technologies. Atomic energy has just been subjected to one of the harshest of possible tests, and the impact on people and the planet has been small. The crisis at Fukushima has converted me to the cause of nuclear power. – guardian.co.uk © Guardian News and Media 2011